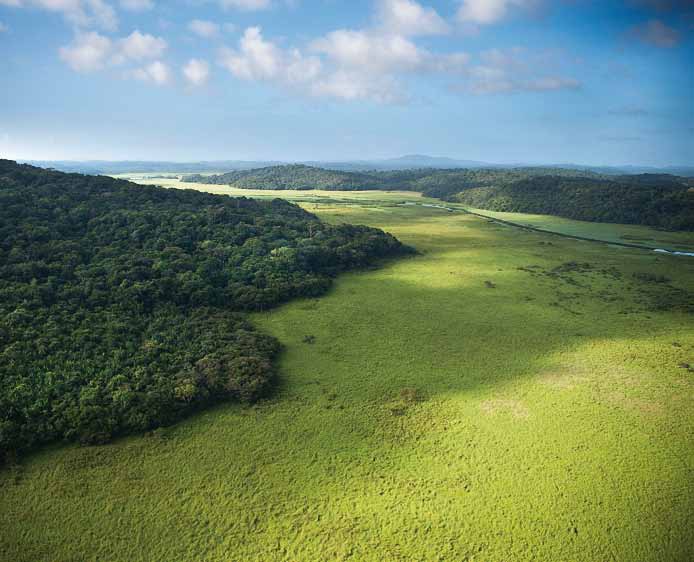 This meeting closely followed the International Conference on Forests for Biodiversity and Climate, which took place in Brussels on 4-5 February 2020.

Update on the Climate negotiations, in particular the Article 6, and the link with Forests/Land Use

Mr Paul Watkinson, Adviser to the Director of European and International Affairs of the MTES, has produced this summary, which is the result of recent discussions at the Madrid COP.

It appears that the 1.5° warming must remain the priority objective.

For some, a warming of 3° is to be envisaged, and would even remain an optimistic scenario…

To date, the number of parties that have decided to take up the challenge exceeds 100. But these countries do not include the major GHG emitters such as China, India or the USA. This hundred or so countries account for only about 15% of current emissions!

But according to Mr. Watkinson, the Madrid COP is not a total failure, despite what has been said. Indeed, some concrete results are to be recorded:

– A breakthrough on gender issues, the social aspect of the COP.

– Progress on understanding the impact of our energy transition policies on third countries.

On the issues of the carbon market, and exchanges between parties on the need to avoid double counting due to very complex rules concerning this mechanism, the problems were fairly well resolved at the end of COP Madrid.

Unfortunately, there are some issues that did not evolve, even though they had been central at the Paris COP. For example, the transparency of stakeholder commitments and the possibility of knowing which ones are progressing and which are not. In short, we are not succeeding in identifying the “good students”?

The priority now lies in the ambitions for climate action, but also in the transparency needed to make verifiable progress.

On a positive note, the developed countries have committed to mobilize 100 billion dollars per year to fight global warming. We are on track to reach that figure, which should be exceeded.

Finally, as Mr Watkinson pointed out, this year is marked by questions on biodiversity. The link between the fight for the climate and the maintenance of biodiversity must be strengthened, because it seems that only 2% of climate funding is said to be co-benefiting biodiversity.

Update on the implementation of the NSID

Another important point was made on the NSID (National Strategy to Combat Imported Deforestation) initiated 18 months ago by France.

Mr. Philippe Delétain made the introduction on this reflection, stressing that a structuring element is still missing in this NSID initiative, namely the import figures of the different sectors concerned by the strategy.

In the definition of the roadmaps, the reference years also remain to be defined, which must be agreed with the producer countries, as the strategy is built on a partnership.

The next IUCN congress will be the place to table a motion on the NSID, as well as the opportunity to organize a One Planet Summit type event. The MFA, MTES and AFD are working together on these issues.

MTES representatives, including Marianne Bernard, made a number of reminders regarding the follow-up to the Amsterdam Declaration, as well as others regarding the forthcoming publication of a guide on public procurement, which was due to be published in 2019 but has been delayed to make it more practical and operational.

This guide is eagerly awaited, and should be able to accompany public decision-makers who do not yet have any really up-to-date decision-making tools.

Ms Bernard mentioned certification in the context of tighter regulation. It will be important for ATIBT members to know more about this subject; it is therefore planned to have an exchange with the MTES in the near future.

To finish this meeting of the national tropical forest group, the Alliance for the Preservation of Tropical Forests was presented by Mr Pierre-Henri Guignard, Special Envoy of France.

To conclude this brief report on the GNFT of 11 February, which will be followed by a much more comprehensive document in the coming weeks produced by the MFA, which will include a feedback from the various sectors, it should be noted that this meeting closely followed the International Conference on Forests for Biodiversity and Climate, which took place in Brussels on 4 – 5 February 2020.

There was a lot of common ground, a lot of consensus. Are we effective enough?

You will find below the link to the videos of the Brussels conference, including that of Prof. Lee White, Minister of Water and Forests of the Gabonese Republic.