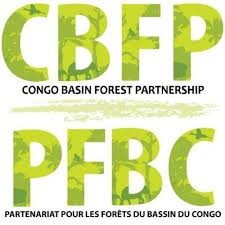 It was an opportunity for the German facilitation to introduce themselves and to explain its role as a facilitator by describing its roadmap.

For the German facilitation the challenge for the next two years is mainly political, to defend the interests of the forests of the Congo Basin at major international conferences such as the COP26 climate conference in Glasgow (2021), the COP14 on biodiversity in Kunming (first quarter 2021), the EU-Africa, EU-China Summits and the Tropical Forest Forum in Berlin (planned for Nov. 2020). In this framework, the objective of its roadmap is to obtain a common position which could be in the form of a declaration by all CBFP partners to participate in a close row in the events mentioned above.

In order to facilitate the gathering of ideas and declarations from the partners, the German facilitation had sent a questionnaire related to the CBFP roadmap 2020-2021 to the leaders of the colleges. According to the result of this questionnaire, ATIBT used to consult members of the forest-based sector.

Following these intensive consultations, ATIBT presented the their common positions during the meeting of the private sector college :

o National parks are often surrounded by forest concessions. They know how to deal the dialogue with the local populations, and they are financing socio-economic development projects there. It would be effective for park managers to use this knowledge and contribute to projects. This will require greater synergy and learning between national park and logging concession managers;

o Due to the absence of the Government in the remote areas, companies play a multi-tasking role (not only in timber exploitation, but also in the areas of employment, health, anti-poaching and biodiversity protection, and local development), partnerships are important to support companies with these different tasks, to get those roles recognized. Companies want to focus on their business as a priority.

o There is a lack of clarity regarding the definition of buffer zones (distance from the edge of the national park, but also with regard to authorized activities) and there is a tendency to consider buffer zones as an extension of the conservation zone. This should be rectified, as conservation is in the national parks, and economic activities in the peripheral zones.

o The REDD+ mechanism does not work in the Congo Basin: there are different calculation methods, there is a lack of rules or standards, and benefit sharing between actors is not regulated.

o The companies certified for sustainable management of the concessions allocated to them provide numerous ecosystem services (carbon storage, protection of watercourses, protection of rare and/or endemic species, etc.).  It is important that this role is recognized (and will therefore require a change in stakeholder opinion) and financially compensated to also encourage other concessionaires to engage in sustainable management certification. ATIBT is working on exploring a compensation mechanism with financial experts.

o Attracting sustainable investment will require a healthy and stable environment, including national land use plans. This topic has been on the CBFP agenda for many years but has not been completed. Perhaps because only the Ministers in charge of Forests participate in the meetings? It would be necessary to involve other ministries in the CBFP as well.

o The development of agroforestry in the local development/agriculture development series could be a solution against forest degradation (due to slash-and-burn agriculture practices). Agroforestry will provide people with subsistence products (short term) and a cash flow through sold wood (long term) and coffee and/or cocoa (medium term).

o Priorities for forestry companies are the renewal of management plans after the first 25-year rotation to move towards inclusive adjustment, and the development of a real timber industry in Central Africa, based in particular on lesser known species (LKTS – Lesser Known Timber Species). The ATIBT will organize a technical sub-commission on this subject and it could become one of the themes of the next ATIBT Forum (2021).

o The highest priority is the health of the people living on the bases, the employees and their families, who are numerous.

o Companies who are not able to get  protective equipment (stocks available in the countries, logistics of transport in a containment situation, and budget), but procedures are setting up for the health safety of the inhabitants to avoid contamination in these often remote areas  far from hospitals capable of providing intensive care ;

o The majority of contracts/orders are maintained, but delayed until after the crisis. The companies also encounter difficulties in the circulation and evacuation of wood;

o As a result, companies are experiencing serious financial and supply shortage, and are forced to lay off a part of their teams, particularly in the industrial sector; o The majority of contracts/orders are being maintained but delayed until after the crisis.

The ATIBT also presented the progress of relations with Chinese actors :

Other contributions from members of the private sector college were :