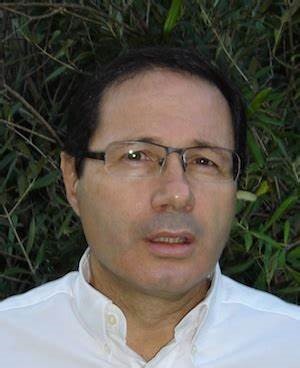 “The objective of ecological taxation is to change behaviour by encouraging producers and consumers to adopt environmentally friendly practices. The emblematic example is the taxation of greenhouse gas emissions. Since the aim is to reduce emissions, ecological taxation will initially bring in a lot of money, but its return will decline as emissions fall. A “perfect” environmental tax is a tax whose revenue is gradually phased out. But producers and consumers will only be able to change their practices if there are alternatives within their reach (for example, efficient public transport). Revenues from ecological taxation should be used precisely to support public and private investment to build these solutions. The more alternatives are available, the greener taxes can be increased to accelerate change.

This issue is well known in the field of energy and transport. However, ecological taxation has not yet been used to protect forests, which are under increasing pressure from agriculture and uncontrolled logging. Yet the stakes in terms of biodiversity loss, carbon emissions and resources for forest-dependent communities are immense. And forest ecosystems are invaluable assets for adaptation to climate change, not least because of their role in the water cycle.

Original proposals to mobilise taxation to support the fight against deforestation can be put forward. One concerns the exploitation of wood in the large equatorial forests, another aims to promote “zero deforestation” agriculture. Finally, the third suggests modulating customs duties on the import of agricultural products on the European market. These three proposals are based on the existence of independent certifications providing guarantees deemed sufficient on production practices. Certifications are not a panacea, but they evolve with new consumer requirements. And they are based on third party verification.

In Central Africa, the certification of “good forest management” is no longer progressing. The timber trade has shifted to Asia and domestic markets are growing with urban sprawl. As certified wood is not sold at a higher price in these markets, why invest in obtaining a label? One solution would be to reduce taxes for certified forest companies, so that the incentive for responsible management no longer depends on ecologically undemanding markets but is driven by public policy. Will governments agree to sacrifice valuable tax resources? Our hypothesis is that international donors could commit to compensating producer states for the loss of tax revenue that would result from this incentive for certification.

In West Africa, cocoa cultivation has been the main driver of deforestation in Ivory Coast and Ghana. But cocoa exports could suffer from the willingness of European countries to fight “imported deforestation” by being more selective in their agricultural imports. Producing countries could adopt a fiscal bonus-malus system to encourage “sustainable cocoa”, i.e. cocoa that would be traced and certified “zero deforestation”. The principle of a bonus-malus is that the tax reduction of some (the producers of sustainable cocoa) will be financed by the tax increase of others, the mechanism thus being budget neutral. The aim is to reduce the share of cocoa of undetermined origin (part of which is illegal because it comes from protected areas) and to encourage economic operators to buy from certified producers in order to benefit from lower export taxes. It will be in their best interest to better remunerate certified producers in order to have a maximum of sustainable cocoa and benefit from the corresponding tax bonus.

Finally, the European Union should put its trade policy at the service of its ecological ambitions. Today, many products are exempted from customs duties on entry into the EU (soya, cocoa…) or are low taxed (palm oil). The EU should increase the level of customs duties for “at risk” products that are not labelled “zero deforestation”.

Since there will initially be fewer certified imported products than conventional products, there will be more tax revenue. It would then make sense, both for reasons of equity and diplomatic relations, to allocate these revenues in full to finance projects to support small producers in developing countries, to help them change their practices and gain access to certification. Here we find the principle of building alternatives associated with an ecological tax system that is not “punitive”.

Does reliance on independent certification mean that states are abandoning their prerogatives? We do not think so. A government does not have to choose a particular certification, but to draw up a list of criteria that the labels must contain in order to benefit from the tax incentive. Through well-thought-out specifications, states can “govern” the certifications while respecting their independence, which is the basis of their credibility in the eyes of buyers”.”

Other articles by the author