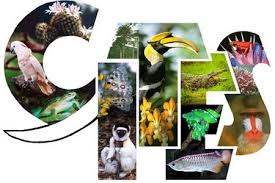 Last month,  the 70th meeting of the Standing Committee (SC70) of the Convention on International Trade in Endangered Species (CITES) was held in Sochi, Russia.

The SC70 recommended the suspension the commercial trade in Nigerian Pterocarpus erinaceus (Kosso)  and Dalbergia spp. (rosewood species) from Laos until both Parties make satisfactory scientifically based non-detriment findings for trade in these species.

The revised Stockpile Verification Mechanism and Business Plan presented by Madagascar fails to resolve serious concerns raised at SC69. Several Parties spoke out against approving the current plan, highlighting the need to remove “indemnification” for timber traffickers. For now, it looks as if it won’t be possible to sell rosewood stockpiles of Dalbergia spp. and Diospyros spp.

With regards to re-drafting the Dalbergia annotation n°15, many NGOs and range states, in particular those from South America, continuously voiced their concerns with some proposed sections. At present, the suggested annotation draft proposes excluding “Finished products to a maximum weight of wood of the listed species of 5kg per item”. This proposition has been considered by NGO’s as potentially risky. The fact that this proposition is unlimited in quantity, can lead to unsustainable trade damaging to the environment.

A new annotation can be proposed by range states before the deadline of December 2018, ahead of the Conference of the Parties (CoP) in Sri Lanka next May 2019.