Aller au contenu principal
ATIBT / News / Timber sector in the DRC: Study on the state of play of the stakeholders 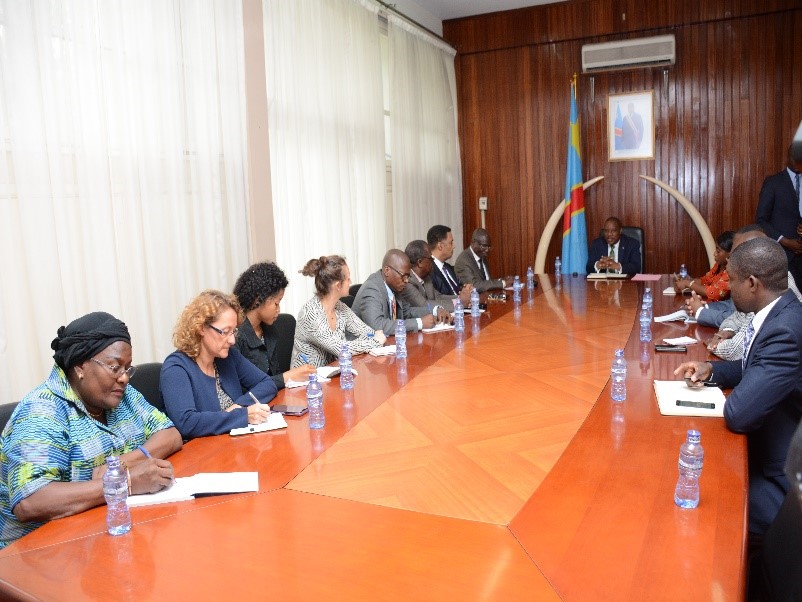 As part of the implementation of the FLEGT-REDD CERTIFICATION projects set up by the ATIBT and financed by the European Union, the FFEM and the KfW, the Federation of Timber Industrialists, in abbreviation FIB, conducted a study on the state of play of the actors of the forest and wood sector in the DRC.

The FIB was supported by the Ecole Régionale Post-universitaire d’Aménagement et de gestion Intégrés des Forêts et territoires Tropicaux (ERAIFT) in its implementation. Begun in August 2019, the study lasted 4 months and was completed at the end of December 2019.

The main objective is to improve stakeholders’ knowledge of the private sector of the forest-based sector in the DRC. Specifically, the aim was to assess private actors (industrial and artisanal) according to the type of activity, areas of intervention, size, their involvement in the FLEGT VPA process and certification.

With this inventory, this study tries to present the legislative and regulatory framework in order to better understand the principles of management and exploitation of timber in the DRC, the geographical distribution of industrial timber exploitation titles, the typology of industrial actors in the timber sector according to the number of forest titles and their surface areas, the origin of capital, the state of progress in the management process, the evolution of timber production and export as well as the processing capacity for forest industrialists in the DRC.

The typology of the industrialists of the sector has been made according to: number of titles, surface area, the state of progress in the management process and coupled with the reality on the production and transformation of wood. This typology determines the degree of each company, as developed in the attached study.

The study also gives the categorization of artisanal wood exploitation and presents the different actors involved in the link of the wood supply chain by sketching the local wood market in the East and West of the country. The study sketches the level of unionization of actors in the industrial and artisanal wood sector.

The focus on certification was a major part of this study. Compared to the other countries of the Congo Basin, the DRC is lagging behind in the certification process, both in terms of legality and sustainable forest management. To date, only the Compagnie Forestière de Transformation (CFT) holds the Legal Source certification issued by NEPCOM. Having looked at the VPA-FLEGT, the study highlighted the strengths, weaknesses, constraints and opportunities for the development of this VPA and forest certification in DR Congo.

The issue of forest taxation as perceived by actors in the industrial and artisanal sector was addressed in this study. The specific levies to the forest sector of the tax regime according to the Forestry Code and also those subject to taxation under ordinary law were the focal point. The great difference in taxation and regulation between industrial and artisanal forest entrepreneurs creates competitive disadvantages.

Sustainable exploitation and legality can only be achieved when actions are well structured and when they reach the actors involved, both forest industrialists and artisanal loggers. The study supports the materialization of support programmes for the forest sector for its development, in particular situational studies on the sector and capacity building of actors through targeted and ambitious training.

A series of statistical data in the concerned field has been provided to enable us to grasp the reality of the forest-wood sector in the DRC.

Download the report of the study on the state of play of the private sector actors of the forest and wood sector in DR CONGO.

The content of this document is the sole responsibility of the FIB and can in no way be considered as reflecting the opinion of the EU, FFEM or KFW.