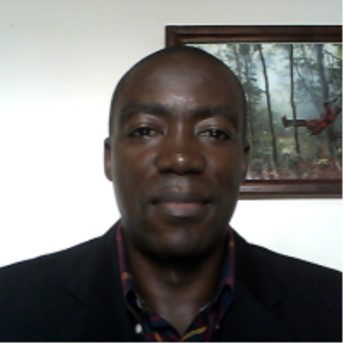 We are pleased to introduce Germain Yéné, coordinator of the PAFC project.

The project, funded by PPECF and PEFC International, will span 2 years and should lead to the operationalization of the PAFC regional scheme.

We had presented the objectives of this project here. Germain Yéné will be based in Yaoundé, Cameroon and as a reminder, Technical Assistance on this project is Terea.

YÉNÉ Germain is a forest engineer. He has been working on forest and agro-industrial management issues in West and Central Africa for about twenty years. During that time he mainly worked with the private sector. First as forest manager and head of logging operations in a medium-sized business. Then as coordinator of the forest management and certification unit in a Belgian group operating in Cameroon. Following an experience of more than six (6) years with logging and timber processing companies, he worked for more than seven (7) years with an international organization (TFT) successively as project officer, Africa project coordinator and Central Africa coordinator. With TFT, he worked to support European importers on the legality of their supplies and the transparency of their supply chains in the Congo Basin under the Timber Trade Action Plan (TTAP) project. This support also consisted of the support to forestry administrations on the development of the VPA requirements through the contribution to the drafting of the VPA legality grids, through field testing of these VPA legality grids in Cameroon (2008), Congo Brazzaville (2009), Liberia (2010) and CAR (2010). Germain contributed to the design and implementation of documentary, DNA and Isotops based methods for timber tracking.

Part of its activities with TFT also focused on supporting the transparency of the supply chains of some European, American importers and some producers of agro-industrial products (palm oil, rubber, among others) of the Central and West Africa.

Since August 2013, he has been working as a consultant on various initiatives and projects and has been a Central African Facilitator of the Global Timber Forum (GTF). As GTF Facilitator, Germain conducted a series of SME constraints and needs analyzes (logging and wood processing) in five (5) countries of the Congo Basin in partnership with the Economic Community of Central African States (ECCAS).With GTF, Germain has carried out activities to support the associations of SMEs in the region and organized exchanges between SME associations in Central and West Africa.

In 2018, Germain participated as consultant of the Sofreco-NEPCon consortium, Independent Auditor of the APV FLEGT System (AIS) in Congo Brazzaville, to audits of certain departmental delegations of the Ministry of Forest Economy as part of the assessment of the level of implementation (or compliance) and forest administration preparation to the requirements.

As part of its consulting activities, Germain has also carried out certification audits.