In the frame of the development process of the PAFC CB forest management certification standard validated on October 27 (see the link https://www.atibt.org/en/news/12868/announcement-of-the-final-workshop-for-the-validation-of-the-forest-certification-standard-pafc-congo-bassin-pafc-cb-october-26th-and-27th-2020) by the regional working group set up at the beginning of the process , two Public Consultations (PC) were organized.

The purpose of these PCs was to allow stakeholders not members of the working group (Forum) to participate and make their contributions to the development of the standard.

The standard development process provided that each comment received:

At the end of PC1, a teleconference was organized with the members of the Forum. Unfortunately, the quorum, required for decision making was not reached. Some participants experienced internet connection issues. Taking into account the limited time before the launch of the pilot test, the Forum agreed that the version of the standard with the propositions of modifications resulting from the first public consultation should be sent to the pilot test auditors to consider them during the test.

After the pilot test, the comments and recommendations of the auditors as well as the comments and proposals for modifications from PC1 were examined by the Forum with the participation of all members to produce the version of the standard submitted to PC2.

The comments received from PC2 were also processed and examined according to the 4 provisions of the development process recalled above.

Regarding PC1, one hundred and ninety-one (191) comments in total were received from 17 stakeholders including logging companies, NGOs, international organizations working in natural resources management, administration in charge of forests as well as consultants and teachers from Congo Basin countries and beyond. Comments, responses and proposed changes to CP1 can be found here.

As for CP2, a total of one hundred and twelve (112) comments were received from 13 stakeholders from the same stakeholder groups who provided comments during CP1. Comments, responses and proposed changes to CP2 can be found here.

ATIBT's Youtube channel is waiting for you !
Back
Timber Trade Portal updated and now also available in French!

Announcement of the final workshop for the validation of the forest certification standard PAFC Congo Bassin (PAFC CB) October, 26th and 27th, 2020 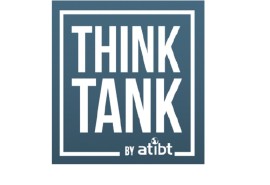 The 3rd ATIBT Think Tank will be held in videoconference format on November 2nd and 3rd, 2020 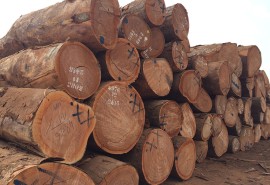 CEMAC is moving towards an export ban on logs