The progress of ATIBT Congo: The private sector mobilises

Since ATIBT Congo opened in early August 2018 and since the launching of its activites in Brazzaville on 19 September,  our team is constantly mobilizing to implement the projects activities and to support the advocacy of the private sector with a view of drafting laws, texts and regulations.

As a reminder, the ATIBT in Congo implements several projects:

Below is a quick overview of what has been done. Feel free to contact us for more details.

«  A letter was co-authored by the two unions Unicongo and Unibois and others companies to the Prime Minister of Congo » …. regarding the project of the new Forest Code  »

Finally, under the leadership of ATIBT Congo, a letter was co-authored by the two unions Unicongo and Unibois and some companies to the Prime Minister of Congo to share the concerns of the forestry sector about the project of the new Forest Code, especially regarding: the total transformation of the log processing, the ban of foreign companies to exercise in the Congo, the Sharing of log production and finally the royalty of 15% of turnover. This letter highlights the very high probability that many logging companies will have great difficulties if the application of the current provisions is

effective. An audience was requested.

In this project, ATIBT nevertheless noted the integration of new regulations such as the FLEGT VPA, forest certification, payment for environmental services and carbon credits, while insisting that the government of Congo must be a partner of companies with a solid legal and fiscal framework .

Thus, the ATIBT Congo  makes every effort to fulfill its functions: 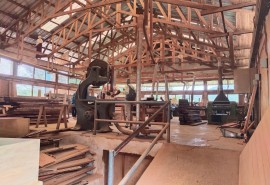 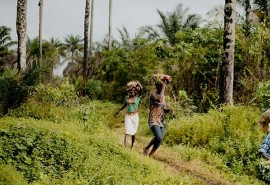