Tribute to M. Jean-Marie Mevellec, former General Manager of the CIB, a true captain of the timber industry and development

Jean-Marie Mévellec passed away in Brazzaville on June 5th. He was buried in the downtown cemetery on June 14, 2022, surrounded by the affection of his family, officials and friends.

After working in the former Zaire (now DRC) and in Côte d'Ivoire, Jean-Marie Mévellec arrived in Congo in 1988 as General Manager of the Congolaise Industrielle des Bois (CIB). He held this position until 2008, when he retired, except from 2000 to 2002, during which time he was General Manager of the Rougier Group for Cameroon and Congo (where this group was awarded the Mokabi concession). During this period from 2000 to 2002, he was replaced by Yves Dubois, whom he had succeeded in 1988.

Since his arrival at the CIB, he has been active and enterprising. He obtained from the Ministry of Forest Economy to increase the Maximum Annual Volume of the Pokola concession from 100 to 150,000 m³ in order to cover the needs of the new Pokola sawmill, by initiating the exploitation of secondary species that had never been exploited in Northern Congo.

Faced with the great difficulties of the CFCO and its inability to evacuate forest products from Northern Congo, he had the good idea of following the example of Boissangha which, under the direction of Emile Ouosso, had opened the first road link between the Sangha and Yokadouma, allowing Congolese timber to reach the port of Douala. Jean-Marie Mévellec opted for a more southerly and shorter route from Pokola, passing through Gatongo to reach the Cameroonian roads leading to Douala. This initiative benefited not only the CIB, but also all the inhabitants of the Sangha, who could not receive any goods during low water periods, as the road linking Mambili to Makoua remained impassable for almost ten years.

Seeing opportunities to develop the company, he conceived the plan to buy the Boissangha company, based in Kabo, 120 kilometers from Pokola.  He then obtained from the Ministry of Forest Economy the granting of concessions in Kabo, Loundoungou and Pikounda, which will allow the CIB to increase its log production to around 350,000 m³ in the early 2000s. At the same time, he developed the further processing of wood by building a large battery of dryers and a large recovery unit, including moulding, allowing for a better processing rate.

At the same time, he had the opportunity to study and then implement the management plans of the CIB's forest concessions, which allowed for a completely different approach to forestry that took into account not only the volume felled, but also its processing capacity, the reduction of the impact of exploitation on the environment, wildlife management, and consideration of local and indigenous populations.

From a social point of view, Jean-Marie Mévellec has been very active, developing the village of Pokola, which reached 15,000 inhabitants after 2000. He has built an efficient hospital that receives and treats patients from 200 km away, more comfortable brick huts for the staff instead of wooden ones, equipping Pokola with a modern network allowing the use of cell phones, etc. He also cleaned up the village by relocating the old insalubrious village on the river bank.  He built two schools for the natives. With water, electricity, stadium, telephone, airfield, Pokola is now a model village.  He also worked on the development of roads, first from Pokola to Ouesso with a road and a ferry, then by restoring national roads such as from Ouesso to Souanké and from Ouesso to the Mambili, etc. He contributed to the development of the northern regions by dialoguing with and encouraging the actions of the prefects, mayors and regional directors of the Sangha and Likouala. His wise advice allowed Emile Ouosso to better adjust his project of building a major road in the North of Congo, from 1997 to 1999, which allowed the opening up of Likouala, and the installation of several companies (Rougier, Thanry, Lopola, etc..) and the development of his company Cristal in the North of Likouala.

His merits, recognized by the highest authorities of Congo and France, earned him several decorations: Officer of the Congolese Order of Merit and Knight of the French Legion of Honor.

Demanding, enterprising, visionary, he was for some twenty years a great developer and builder first of the CIB, then of Northern Congo, the Sangha and Likouala in particular. He was involved in all the debates on the forestry sector, at the national level (with the administrations and the Unibois and Unicongo unions). He is a character that cannot be forgotten: a great captain of the timber industry and of the development of Northern Congo. 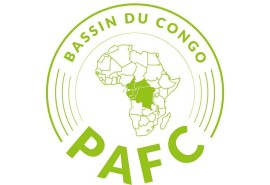 The Congo Basin PAFC officially recognized at the PEFC GA 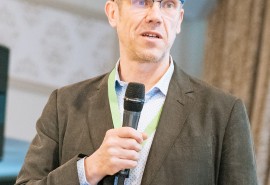 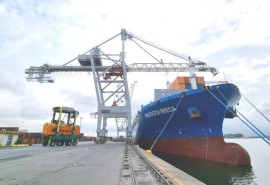 A new weekly shipping line between France and West Africa 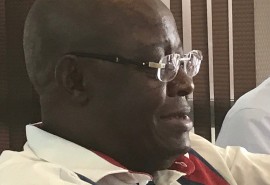 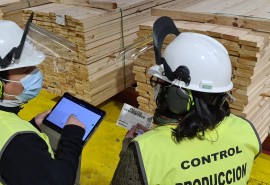 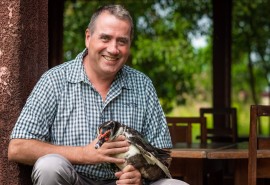