On the initiative of the certified FSC member companies of ATIBT, an event was organized on Tuesday, November 8th for the launch of the Fair & Precious brand. A first step of an international deployment.

This event was held at the Pavillon Indochine on the campus of the Jardin d’Agronomie Tropicale of Paris, in Nogent-sur-Marne, near the offices of ATIBT. It gathered about sixty attendants coming from various horizons (forest managers members of ATIBT, ATIBT partners, institutional investors supporting the ATIBT projects, engineering firms, academics representants, the certifying companies FSC and PEFC, NGOs and some journalists, and coming from different countries: Germany, Switzerland, Holland, United Kingdom, Belgium, Denmark…

A reminder was first made by the ATIBT team (Christine Le Paire, Communication Manager and Marketing Program Coordinator, and Robert Hunink, ATIBT President) on the genesis of the brand, one of the outcomes of the program marketing, and its purpose and objectives.

An illustration of the 10 Fair & Precious commitments

Then each of the 10 commitments that were defined to be able to claim the Fair & Precious brand were successively illustrated by the diffusion of the video « How to preserve the tropical forests » realized by the ATIBT with the support of the FFEM (Global French Fund for the Environment), presentations by institutional investors (the French Development Agency – AFD – and the German cooperation bank KFW through the PPECF program), testimonies from forest managers in the Congo Basin (Precious Woods and Interholco), a presentation of the tropical wood and its characteristics by our technical expert at ATIBT, then a testimony of the French firm SNCF Réseau to explain their will to use the tropical wood in their works and for the railway sleepers.

A lively discussion with the audience

Finally, the floor was given to the room for discussions that proved to be very lively and revealed three major issues : 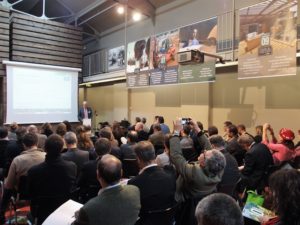 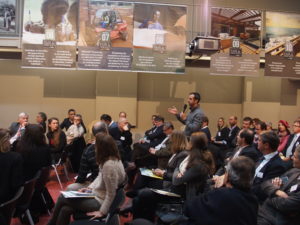 For the first point, ATIBT counts among its members several NGOs and has made for a year and a half a real work of rapprochement with the various stakeholders of the sector (NGOs, national and European counterparts federations, actors of the basins of Amazonia and Asia, forestry unions, academics and research centers), and also approached Greenpeace at the FSC General Assembly, agreeing on ATIBT motion 32. We will continue our action in this direction.

For the second point, we have already, in conjunction with our certified member forest companies and certifying bodies, tried to made the process clear, and we will continue to do so. In particular, we will work closely with them on this crucial issue in our Marketing Commission, which supports the work on the brand.

For the third point, we were well aware, during this launch and by discussing with the journalists attending, of the discrepancy that existed between the perception of tropical timber and tropical forest management on the one hand, and the reality of the practices of the certified forest managers on the other hand. It is obvious that we have an important awareness-raising campaign to lead to reverse these apriori and to make known the reality on the field, in particular by talking with journalists. This is one of the flagship actions that we will lead in the coming months.

The deployment of Fair & Precious will be done in several stages.

After the launch in Paris, the brand was presented by Benoît Jobbé-Duval and Christine Le Paire at the International Hardwoods Conference (IHC) in Venice last week, with 150 participants.

It will be presented at other international meetings such as Carrefour du Bois in early June, in Europe, but also in Africa in producing countries for example at the next Racewood in 2018 in the Congo Basin.

Welcome to our new member : Bureau Veritas Douala (Cameroon)
Back
Review of the FSC GA in Vancouver : a constructive communication
Atibt Members