As the health crisis delayed the implementation of the Federal Republic of Germany’s CBFP Facilitation roadmap, CPBF Facilitation is extended until the end of 2022.

As announced by the CBFP on its website, the CBFP will be managed until 2022 by the Facilitation team of the Federal Republic of Germany with the Honorable Dr Christian Ruck serving as Facilitator, assisted by the Co-Facilitator, Minister Raymond Mbitikon from the Central African Republic. The Facilitation was initially planned for the period 2020-2021.

The Facilitation’s main aim from 2020 to 2022 is to promote the preservation and sustainable use of the tremendously rich forest landscapes of Central Africa. Safeguarding their threatened integrity is crucial for the sustainable development of the States and populations of the Congo Basin, as well as tackling global challenges such as declining biodiversity or climate change.

The German CBFP Facilitation aims, among other things:

As Dr. Christian Ruck says, "it is important that not only governments’ voices are heard, but also those of populations, scientists, opinion leaders, companies, organizations ... all these actors are represented within the 7 CBFP colleges and are working on a Joint Congo Basin Declaration”.

To achieve its objectives and implement its roadmap, the CBFP Facilitation of the Federal Republic of Germany will build on the important work being done by the members of the CBFP Partnership but also on the achievements of previous Facilitations.

After a visit to Cameroon in early May, the CBFP Facilitator traveled to Gabon to meet with CBFP members. Last Thursday, May 12, the members of the CBFP private sector college in Gabon were welcomed at the German Embassy in Libreville. There were representatives of several companies (Olam, Woodbois), professional associations (UFIGA, ATIBT) and sustainable forest management certification organizations (FSC and PEFC-PAFC).

After an introduction on the three current strategic axes of the CBFP, Dr. Ruck explained that following the intensification of deforestation in Brazil, the Congo Basin is currently the most important "lung" of the planet in terms of CO2 absorption capacity, and Brazil has become the Number 2.

The strategic axis to strengthen the dialogue with China is supported by a project awarded to GIZ, which plans to organize a series of workshops on the topic "How can we influence the international tropical timber market? ".

The strategic focus on entering the climate discussions and negotiations with a common voice for the Congo Basin (CBFP Declaration) should lead to an agreement to preserve forests in exchange for obtaining climate funds. A conference will be organized, with the participation of representatives of the administration, technical and financial partners and the private sector (forest permit managers) to discuss the roles and responsibilities of each, and the redistribution of funds related to it.

The members of the private sector then discussed the following topics: 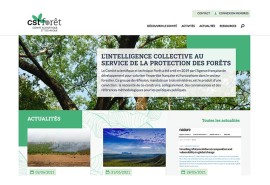 A new website for the Forest Scientific and Technical Committee 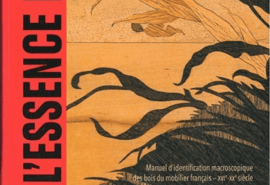 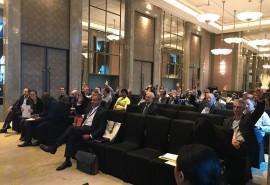 On the occasion of its General Assembly on May 28, 2021, the ATIBT publishes its 2020 annual report 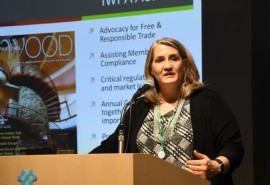 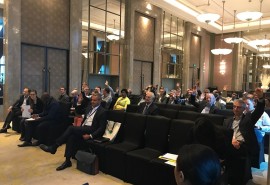 The next ATIBT General Assembly will take place on May 28, 2021